…it’s because I am either busy with www.highpeakspureearth.com or am blogging here http://globalvoicesonline.org/author/dechen-pemba/
or i might possibly be raising awareness about developments with this project www.leavingfearbehind.com
anyway, keep in touch on Facebook or Twitter @kiezpanda 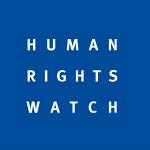 (New York, August 3, 2009) – The Chinese government should ensure that that the trial of Dhondup Wangchen, a Tibetan filmmaker arrested in March 2008 on charges of “inciting separatism,” is open and fair, and that he is represented by the counsel of his choice, Human Rights Watch said today.

In July 2009, the judicial authorities in Xining, Qinghai province, arbitrarily replaced the lawyer chosen by Wangchen, Li Dunyong, with a government-appointed lawyer. No justification for doing so was provided. Wangchen had only been allowed to meet with Li once, in July 2009. Li reported that his client had been tortured in order to extract a confession and that some of the injuries he sustained as a result were still painful a year later. During that discussion Wangchen stated that he intended to plead not guilty and had admitted no wrongdoing during his 16 months in detention.

“A verdict against Dhondup Wangchen under the present circumstances will have no legitimacy whatsoever,” said Sophie Richardson, Asia advocacy director at Human Rights Watch. “Wangchen must be represented by a lawyer he chose, in an open trial where the evidence against him can be challenged and witnesses can be cross-examined, as required by international fair-trial standards.”

Dhondup Wangchen, 35, was arrested on March 26, 2008, in Tongde county, near Xining, the provincial capital of Qinghai province. Wangchen had conducted about a hundred interviews with ordinary Tibetans between October 2007 and March 2008 for a documentary film shot without official approval in Tibet. The documentary, “Leaving Fear Behind,” was later edited abroad and distributed to foreign journalists during the 2008 Beijing Olympic Games. Unauthorized documentaries in Tibet are rare because of the risks of arrest or retribution by the authorities against both the filmmakers and those they interview.

Wangchen, who is also known by the Chinese names Dunzhu Wangqing [顿珠旺青] and Dangzhi Xiangqian [当知项欠], was initially detained at the Ershilibu detention center in Xining. In July 2008, he was then transferred to a government-run guesthouse in the vicinity, possibly for the purpose of interrogation, before being sent to the No. 1 Detention Center in Xining. Wangchen has been suffering from hepatitis B, for which he says he has been denied adequate medical treatment.

Jigme Gyatso, a monk from Qinghai province who worked with Wangchen on the documentary, was arrested at the same time. He was released on bail seven months later, on October 15, 2008, and reported that he had been tortured in detention. Several other people involved with or appearing in the documentary have also been investigated by the authorities.

In July 2009, the Xining judicial authorities instructed Wangchen’s lawyer, Li Dunyong, that he was not allowed to continue to represent him, and informed the family that the court would designate a government-appointed lawyer for the trial. This was in violation of China’s criminal procedure law and its obligations under international human rights law, which guarantee criminal defendants the right to choose their own defense counsel and to meet with their counsel while in detention.

Particularly after a wave of protests across the Tibetan plateau in March 2008, trials of Tibetans have become politicized to such an extent that independent and impartial adjudications are extremely rare (http://www.hrw.org/en/news/2009/03/09/china-hundreds-tibetan-detainees-and-prisoners-unaccounted ).

Human Rights Watch expressed grave concern about the charge of “inciting separatism.” The current definition of “inciting separatism” under article 103 of the criminal law is incompatible with international human rights standards, as it criminalizes protected speech and violates the right to freedom of expression by conflating criticism of the government and its policies with a state security threat. Sentences on separatism charges range from five years of imprisonment to the death penalty.

Human Rights Watch called on the Chinese government to ensure that Dhondup Wangchen’s trial met international fair-trial standards, including the right against self-incrimination, the exclusion of evidence obtained under torture or other mistreatment, and the right to be represented by a counsel of one’s own choice. Because Chinese law provides that trials should be open unless they involve state secrets, Human Rights Watch called on diplomats and journalists to ask to attend Dhondup Wangchen’s trial.

“Dhondup Wangchen should either be given a fair trial or he should be released,” said Sophie Richardson. “Violating due process to ensure a conviction will only further damage respect for the judiciary in China.”