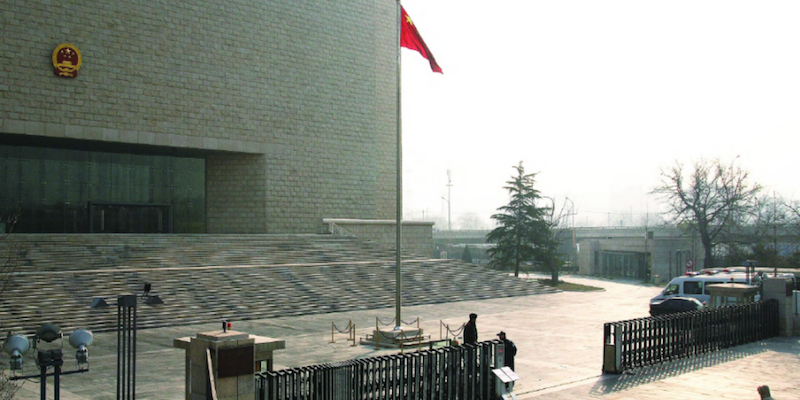 On Wednesday I’ll be joining Dibyesh Anand and Shao Jiang on a panel titled “Discussing Autonomy and Human Rights in Tibet” at Kings College, London. Corinna-Barbara Francis will be chairing the event.

This event will begin with the screening of excerpts from The Dialogue / 对话, a 2014 documentary film by Wang Wo and Zhu Rikun that records dialogues among Tibetans, Uighurs and Han Chinese living inside and outside China. Wednesday’s focus will be the online video talk between two Chinese rights lawyers Jiang Tianyong and Teng Biao, a scholar and the Dalai Lama in 2011.

I cried and I cried. When I, as Tibetans do, prostrated three times, silently reciting some prayers, holding a khata in my hands and kneeling in front of the computer with tear-dimmed eyes, I saw His Holiness reaching out both of his hands as if he was going to take the Khata, as if he was going to give me his blessings.

Woeser’s moving blog post is still one of the most read and popular posts on High Peaks Pure Earth!

The documentary and topic’s significance is sadly heightened, in the run up to Human Rights Day, by lawyer Jiang Tianyong’s recent disappearance/abduction.

I’m very much looking forward to discussing the film. The event is free and open to all but there is registration via the link below. Thank you to Dr Eva Pils and Corinna-Barbara Francis for the invitation to take part in the event!